If someone asked me a couple of years ago, “Is 4 dogs too many?” I would have flat out told that person, YES. However, I now have 4 dogs and is that too many? Oh, I guess not, BUT it is my limit.

Brace yourselves pet lovers… You’re about to find out how I ended up with four dogs and a family of EIGHT.

How We Became a Family of Eight

I often tell people, “Some people have four kids and two dogs – I have four dogs and two kids.”

We started with Chelsey and our cat Fred. Fred ran away and never returned. Apparently, we weren’t good enough for him. That’s a joke – he likely was eaten by a coyote, which is sad, but we love our good ‘ole Fred.

While we had Chelsey and Fred, we brought in Barley. He was 4 months old and MY dog. Fred was a joint pet between my husband and I and Chelsey was my husband’s dog – I wanted my own.

When my daughter turned 10, she wanted a Yorkie. Since I’m one of those people pleasers, it happened. With Fred gone, we had Chelsey, Barley and Paris. That was already too much.

Chelsey passed away when we she was 17 years old. You can read about that in the following two articles:

Do Dogs Run Away When They Are About to Die

When to Put a Dog Down for Old Age

Down to Two Dogs

We were down to Barley and Paris. Things were chill I must say. It was rather nice, but I did feel something missing.

As I was driving around one day, I decided to visit the local shelter with my kids – yes, you know where this is going.

By the way, there’s another article you should read – Adopting a Dog from a Shelter vs. Breeder.

My husband always wanted a pitbull, so when there was one there, I texted him a pic.

She was adopted before we could even think about it, but that of course led to a hunt for a pitbull in dog shelters.

Okay, so this leads me to plugging another article: Should Pitbulls Be Banned?

Brooklyn Joins the Family as Hera

My husband found Brooklyn or I should say Brooklyn found my husband. This adult dog (pitbull) had been at the shelter for a year without being adopted. We think they fell in love with her and didn’t want her to be adopted. My husband urged them to let him see her and well it was love at first site.

I still wasn’t convinced that it was a good idea, but I figured we should try it.

Hera joined our family as dog #3.

And Then…There Was Snowy

After about a year of having Hera, I wanted to gift my parents a dog of their own. You can read that story here:

Why You Shouldn’t Buy a Pet as a Gift

You can probably guess how that went… Snowy ended up joining the crew to make our multi dog household one of four.

We now have two large dogs and two small dogs. We’re through the puppy stage so they are all adult dogs now.

I think one of the biggest concerns in having 4 dogs is the work involved in caring for them including the price of doing the work.

I have to say it’s okay. They all go outside in the fenced in yard to run and do their business.

Vet visits are expensive of course – boarding them is even more expensive.

We’re Blessed to be able to afford all of these dogs. They seem to love their life with us, despite having to move homes due to my husband being in the military.

What About Five? Is Five Dogs Too Many

One of the concerns I had when we were deciding on whether to keep the 4th dog (Snowy) was what people would think and if my house would smell like dog. Let’s just say I should have invested in Yankee Candle stock. I also have an air purifier and robot vacuum.

Fortunately, our friends don’t think we’re crazy – partly because most of them have as many pets in total as we have dogs (as in maybe one cat and three dogs or two dogs and two cats or three cats and a dog, etc.).

How to Decide on Having Four Dogs

How do you decide if you should have four dogs or if four dogs are too many for your multi dog household? Answer these questions.

Pet Owners: Let me break it down to you. If you think you can take care of another dog for a long time and still be able to take advantage of all the benefits of having a dog, then that’s your answer. If you’re afraid the other dogs will get jealous and somehow won’t get the love and attention they get now, don’t be because dogs are pack animals. They love being with other dogs – it’s in their nature as pack animals.

However, consider the following:

Adults dogs are easier to bring into a family when you consider house training and all of the puppy stuff you need to go through with a younger dog. Also, large dogs are usually more to handle than small dogs, especially when you have multiple dogs.

Many with a multi dog household decide to take advantage of dog insurance to help with the costs of vet bills. You never know how good or bad a new dog’s health will be so dog insurance can bring a lot of savings and peace of mind.

As a dog owner, I know how it is when you’re faced with a decision on whether or not to add to the number of dogs in your household. As a pet owner already, you know what goes into taking care of another pet, so just keep that in mind and weigh it against the love you’ll have for another animal.

There’s one thing I will say if you’re thinking of going from number three to four – it’s not as bad as you may imagine. Of course, I didn’t have to deal with any aggressive behaviors and I’m already an experienced pet owner. I also live in a suburban area, which makes it easier.

I just wrote an article on How Many Dogs Is Too Many. Go ahead and read it for additional information on deciding on how many is too many.

Why You Don't Buy a Pet as a Gift
Can Mediums Talk to Animals?
A Miracle Story: How God Healed My Dog

One thought on “Is 4 Dogs Too Many” 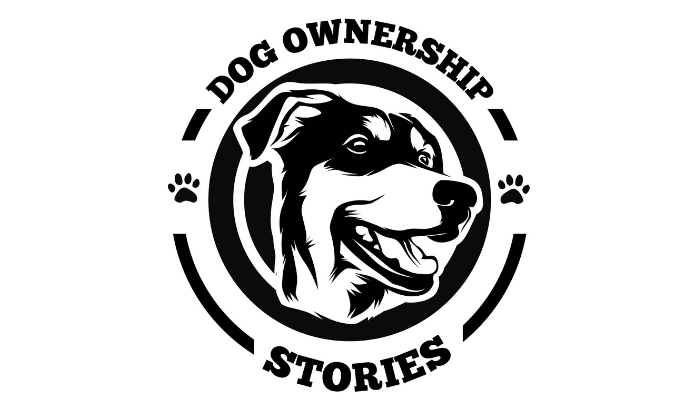